The Rising Sun Girls Basketball team has played 4 conference games and 1 non conference game in the last 2 weeks. Last Tuesday 1/12, the Lady Shiners started off with a win against ORVC opponent Milan. The final score was 39-36. Baylee Morris scored 19 points and Maddi Wilson had 9 rebounds. 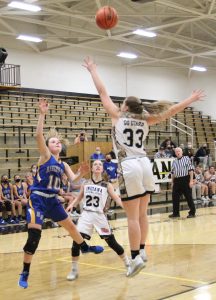 The Shiners traveled to South Ripley on Thursday 1/14 for another conference match up. The Lady Raiders played a strong game and came away with the win 43-24. Shiners were led by Kieran Groover with 12 points, 5 rebounds and Baylee Morris and Alyssa Simpson, both with 6 rebounds. 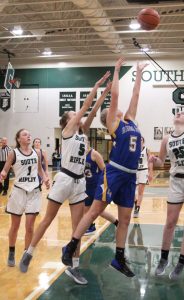 On Saturday 1/16, the Lady Shiners played sectional opponent Morristown. The Lady Shiners started strong, but fell to the Yellow Jackets 57-37. Leading the way for the Shiners were Baylee Morris 15 points and Jenna Peelman 11 points. Alyssa Simpson pulled down 8 rebounds. 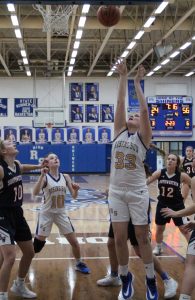 This Tuesday 1/19, the Lady Rebels of Southwestern came to Rising Sun for a conference game and senior night. The Rebels came away with the victory. The final score was 63-29. Shiners were led by Alyssa Simpson with 10 points and 11 rebounds. Ashley Bowne had 8 rebounds. 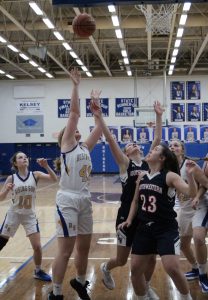 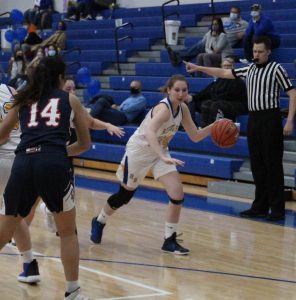 On Thursday 1/21, Rising Sun hosted Jac Cen Del in an ORVC match up. The Shiners played a strong first half, trailing by 10 at halftime. The Lady Eagles came out screaming in the second half. The Shiners had scoring opportunities, but were unable to finish the shots. The final score was 64-31. Despite the loss, the Lady Shiners played hard and with energy from the beginning buzzer to the final buzzer. Leading the way for the Shiners was Maddi Wilson with 12 points and Jenna Peelman with 9 points. 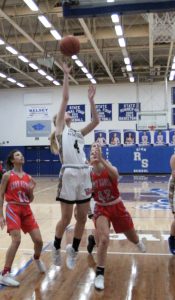 The Shiners are back in action on Tuesday, January 26th at home against Switzerland County. This conference match up is also our annual Cancer Awareness game. All Rising Sun home games are live streamed and can be viewed on the Rising Sun Schools YouTube channel.